TRENDING NOW
6 Best Pakistani Salwar Kameez for Women | Incredible Hairstyles for Women | Date Night Glam: Build Your Own Beautiful Date Night Look | The Majestic Beni Ourain Rug | Step by step instructions to wear gems as a man (significant hints) | How To Recover Deleted Files From Dead Hard Drive | Things To Consider When Buying Custom Rugs Logo | The Complete Guide to Buying A Weed Cartridge | CBD And the Redness in The Eye – How Are They Interrelated  | Buy on-line Vintage Dresses in several Patterns |

The 7True Traditional Types of Yoga 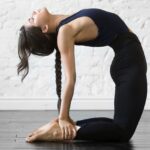 When we think of Yoga swing, we probably think of mats, downward-facing dogs and stretching. What if I told you that is only a tiny fraction of the very vast world of Yoga? The Yoga we know and love is called Hatha Yoga. Within it there are several sub-categories of Yoga which describe the specific style of the physical practice. However, there are six other main types of Yoga.

The word Yoga means union and Hatha Yoga is merely the physical path. Think of it as music genres; if Hatha Yoga is Rock, there are sub-genres such as alternative rock, psychedelic rock, classical rock, etc. within the main genre. The other forms of Yoga would be the remaining major genres such as Indie, Classical, Pop, Electronic and so on. All of these genres are considered music and make a whole. Similarly, all main styles are considered Yoga. Hatha Yoga is unique in that sub-styles within the style were additionally created.

To clarify and expand your horizon to the entire, wonderful world of Yoga, here is a list of all of the traditional styles:

Raja Yoga is Yoga of the mind. It focuses on the intellectual, emotional and intuitive parts of the personality. Its purpose is to awaken hidden potential through true understanding. It requires us to raise the lower mind to the higher mind, from a sensory experience to enlightenment. It is said to bring us to a state of clear awareness and awaken psychic potential. It includes the practice of contemplation and meditation. Ideally, it is paired with and practiced after Hatha Yoga, which prepares the physical body for deep meditation. Raja Yoga is perfect for putting everything into perspective.

Karma Yoga is the Yoga of action. This means the act of giving your time, efforts and kindness or any selfless action without expectations of reciprocation or personal gain. This means acting without the intention of a reward, confirmation or approval. It can be an unnoticed deed, for example, such as cleaning up litter, fixing a fallen sign or saving a drowning insect from the pool simply from the kindness of your own heart. Karma yoga trapeze revolves around doing things for the greater good and is the most humbling of the many Yoga limbs.

Jnana Yoga is the Yoga of knowledge and wisdom. It is the Yoga of self-inquiry and asking questions such as, “Who am I?” without the interference of any previous conditioning or assumptions – To know that we don’t know and look within for all of the answers. In Jnana Yoga our attention is turned towards the Self and we are led to answers intuitively which are known, felt and experienced as truth rather than intellectually “learned.” Ultimately, we recognize and separate from ego and remain as the true Self. 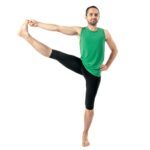 Bhakti Yoga is the Yoga of devotion and love for the Supreme, God or a Guru. It is characterized by creating a loving, long-lasting personal relationship with the Beloved in whatever form it may take for you. It transcends all religions and is absolutely universal – The power of Love!

Mantra Yoga is the Yoga of primordial sounds that vibrate with the universe. Mantras are Sankrit words and phrases that are spiritually powered. They are repeated (called Japa) and chanted with concentration. This ultimately leads to the dissolving of the outer worlds, which then allows for union with the universe.

Tantra Yoga is the Yoga of energies. The main purpose is to bring the duality of feminine (Shakti) and masculine (Shiva) energies within us together into a state of non-duality and thus achieving perfect union. In some parts of the East, Tantra is looked down upon and not considered a type of Yoga. This is most likely due to the fact that it is often misunderstood, misconstrued and abused. Personally, I have seen it be associated with actions that are not-so-nice and contradictory to the true meaning and purpose of all Yoga. This is not to say that Tantra Yoga should be dismissed – When used with an intention of Truth, it can be very profound. However, without the supervision of a very experienced and pure master, it is not advised.

Finally, Hatha Yoga is the Yoga of balance in our bodies, both gross and subtle. “Ha” means sun and “Tha” means moon. It includes all physical practice and is the recently popularized style of Yoga in our western culture characterized by asana (postures or poses.) Hatha Yoga also includes practices such as Mudra (hand gestures) and Pranayama (breath control.) It is considered the science of aerial yoga hammock and its purpose is to bring harmony to the chakras and energy points throughout our body